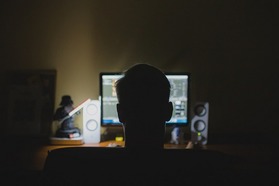 Sex addiction has only become recognised as a problem in the past 20 years and some people still question whether it really exists. However, since the increase in freely available pornography online, many more people are reporting problems with controlling their sexual behaviour to the point where it is negatively affecting their life. If this is you, or someone you know, then this article may help you.

There is a tendency to think that sex addiction usually refers to an addiction to internet porn, but many forms of sexual behaviour can become out of control:  using chat lines; prostitution; multiple affairs or exhibitionism for example.
​
Some believe that the term addiction is being used as an excuse for those with high sex drives who can’t control their behaviour. You, however, have decided to explore the issue, probably because you know how devastating being addicted to sex can be. Sex addiction is a serious, life-changing condition that can not only destroy relationships, but causes pain for thousands of people.

Am I really addicted?

​There has been an increase in the number of men suffering from delayed ejaculation and cases where men cannot ejaculate inside their partner. This can be a major issue both for the man and his partner. The secrecy surrounding the addict's habits can also affect the closeness between a couple, especially when promises are broken, lies are told and behaviour seems furtive. Trust, a key element in a relationship, can be lost. Those affected can go through cycles of despair, regret, acting out fantasies and then suppressing all desires all of which can have a major effect on relationships.

Is there a cure?

If your response indicates a strong leaning towards sex addiction don't worry there is something you can do to take back control of your life.  I suggest the first step is to email, call or text me on 07984 476 674 to have a confidential chat. If my office in Canary Wharf is not convenient, I can provide you with contact details for colleagues nearer to where you live or work.